Kate Garraway, Davina McCall and Megan McKenna all looked sensational as they lead the stars at the Who Dares Wins awards at the Roundhouse in London on Tuesday.

Styling her blonde locks into a bob, the broadcaster, who sat on the judging panel for this year’s awards, also donned a pair of gold earrings for the event.

Davina, 53, served as host for the awards which were set up in 2017 and honours the UK’s NHS heroes.

The TV presenter looked incredible in a white figure-hugging gown with a black ribbon detail.

The garment also featured puffed sleeves while Davina added height to her frame with a pair of black heels.

Speaking about hosting the awards, she said: ‘We all owe so much to the incredible people who work tirelessly to care for us, it will be an honour to meet the winners and nominees and hear their amazing stories.’

Presenter: Davina served as host for the awards which were set up in 2017 and honours the UK’s NHS heroes 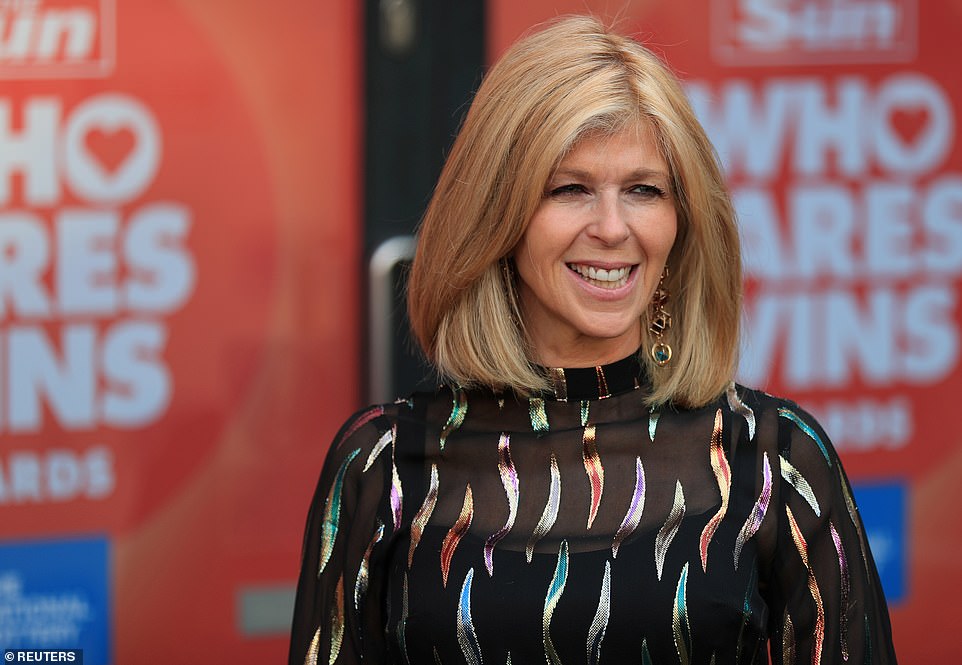 Megan, 28, showcased her sense of style in a black off the shoulder mini dress that highlighted her jaw-dropping physique.

The X Factor: Celebrity winner styled her blonde tresses into an updo while she also carried a matching clutch bag.

Wearing a light pallet of makeup, the former TOWIE star completed her look with a pair of heels.

Also in attendance at the bash was David Beckham who looked dapper in a black blazer and matching trousers which he paired with a crisp white shirt. 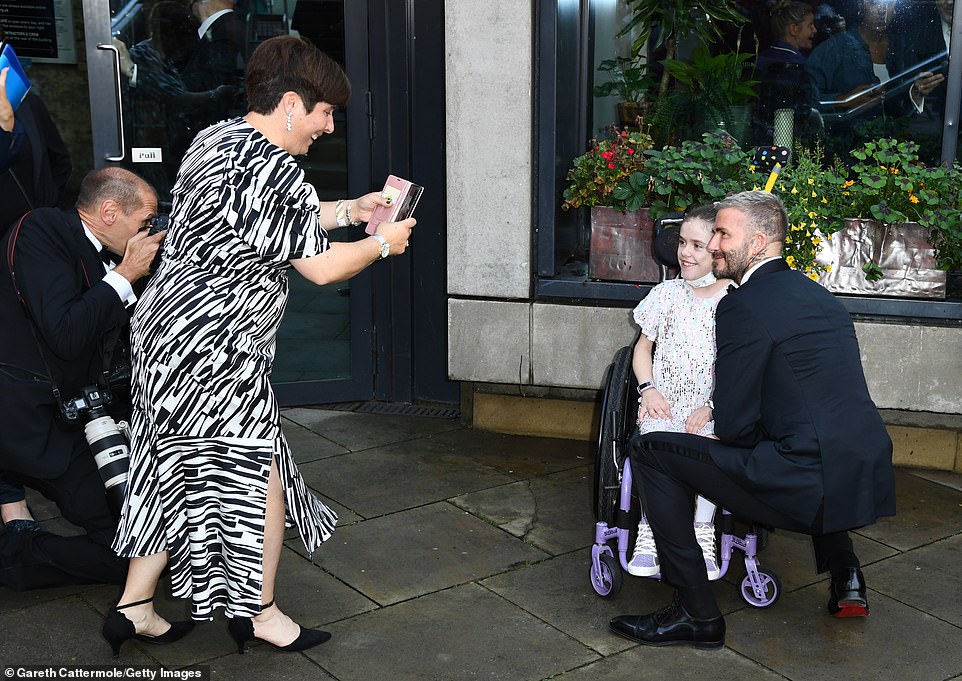 Star: David was seen posing for snaps with other guests outside the venue 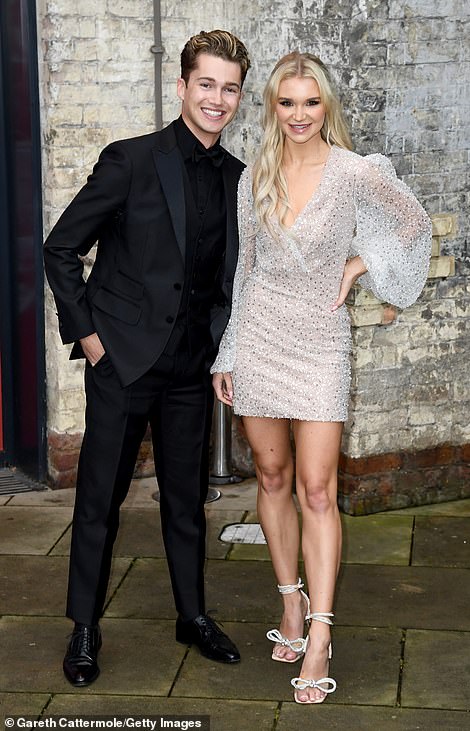 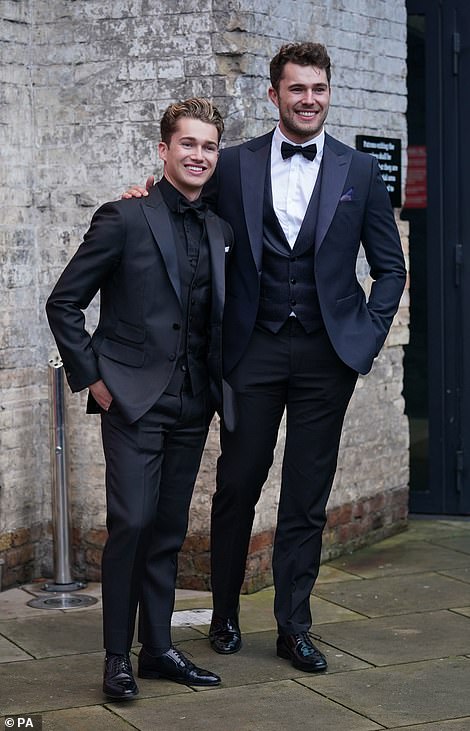 Star-studded: AJ Pritchard donned a black suit as he attended the awards alongside Abbie and his brother Curtis Pritchard 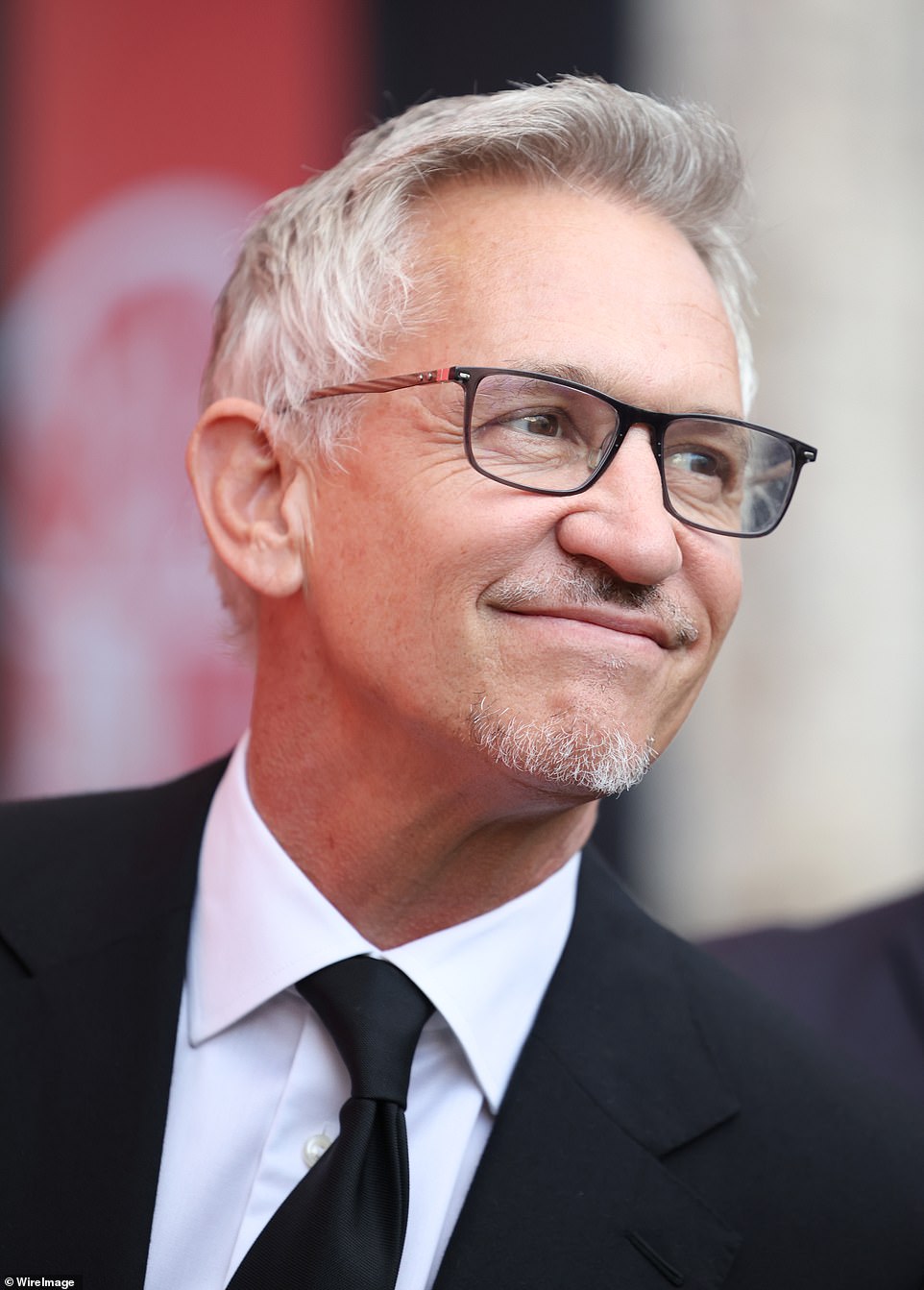 The retired footballer attended the awards alongside his mother Sandra and was seen posing for snaps with other guests outside the venue.

Frankie Bridge turned heads in a black dress with sheer sleeves and a sweetheart neckline.

The Loose Women presenter also sported a pair of black strappy heels while she styled her locks into loose waves.

Fleur East opted for a white and peach off the shoulder striped mini dress for the star-studded event. 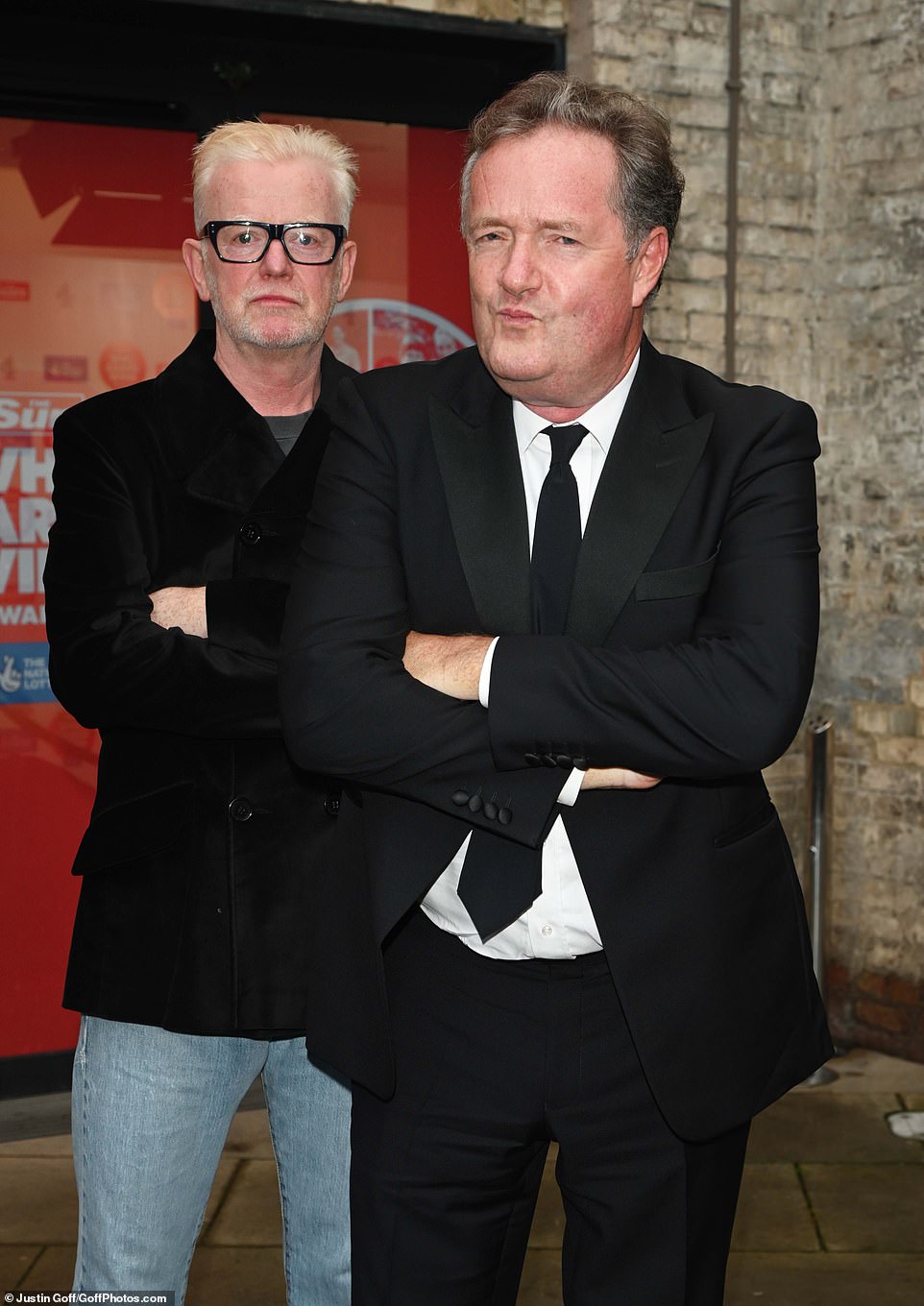 Pals: Piers Morgan was also in attendance at the awards where he posed for playful snaps alongside radio presenter Chris Evans 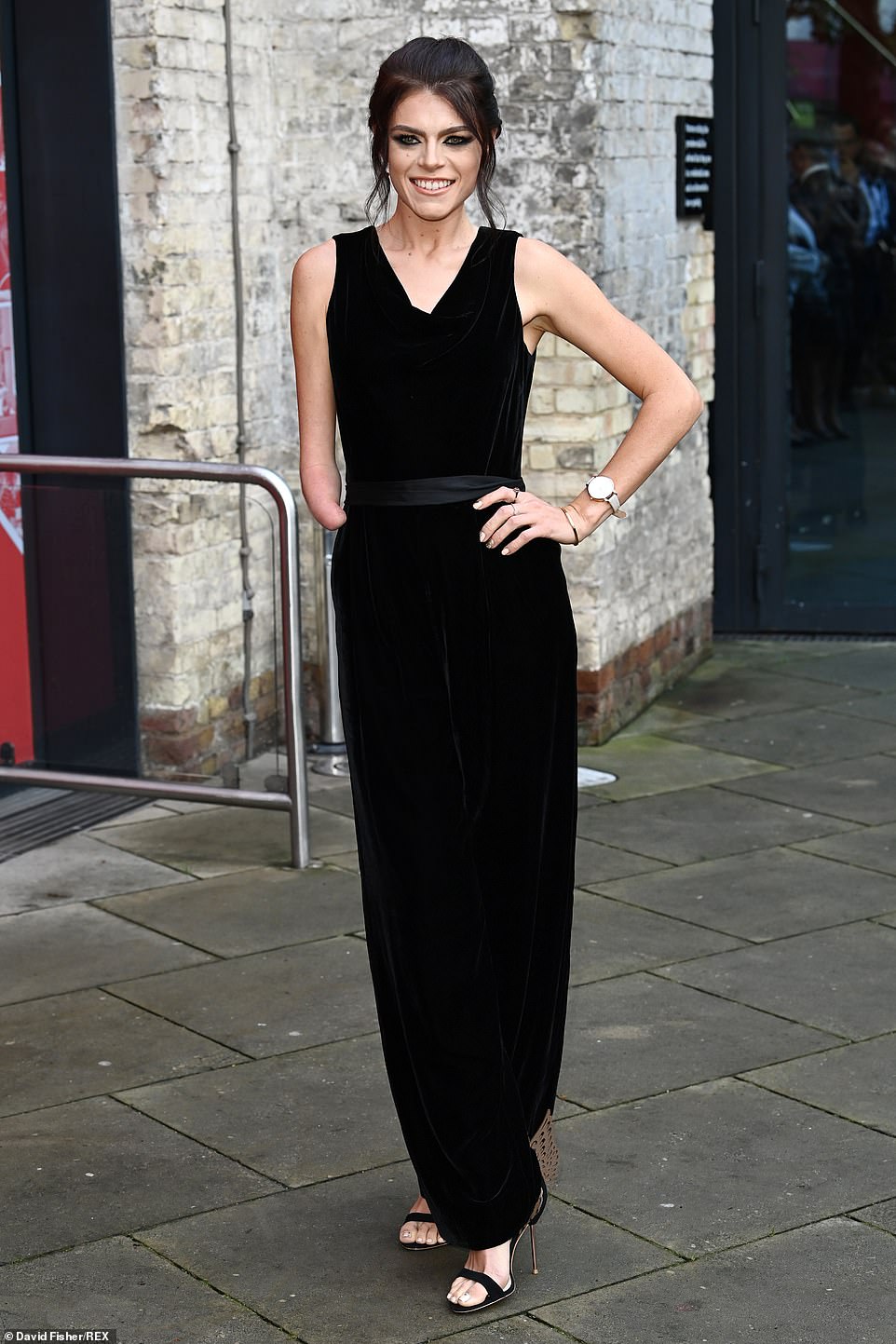 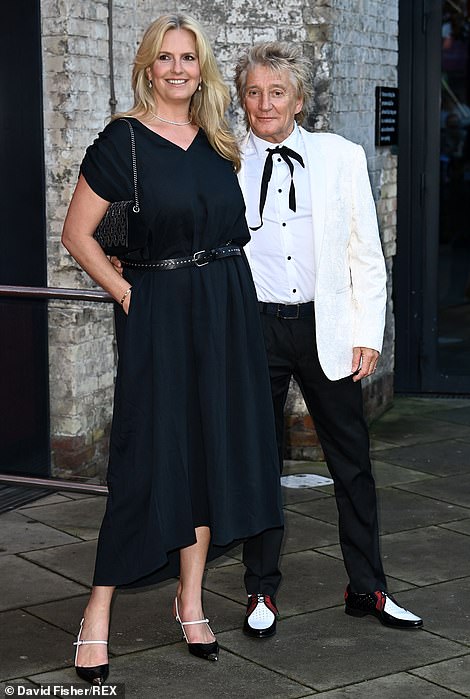 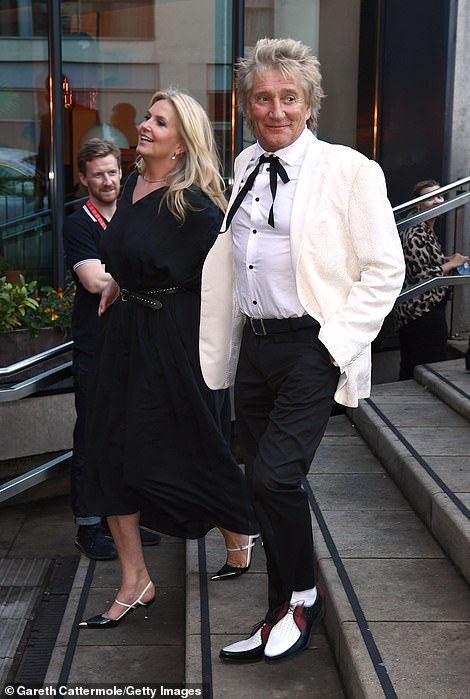 Couple: Rod Stewart looked in good spirits as he arrived to the event alongside his wife Penny Lancaster 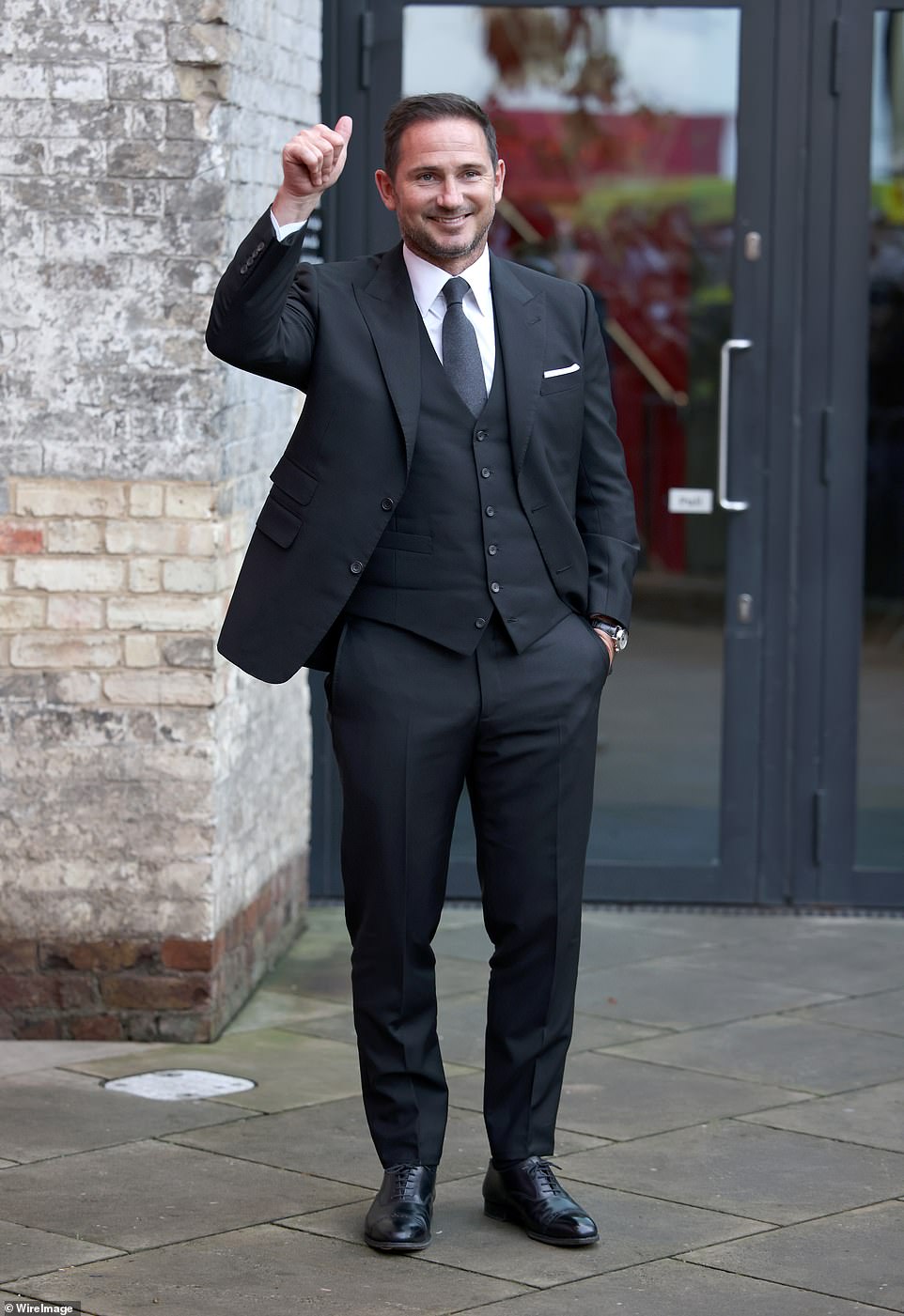 Good spirits: Frank Lampard gave a thumbs up as he arrived to the awards 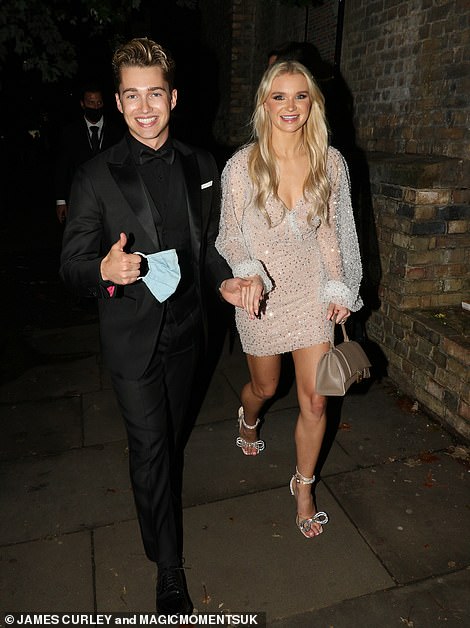 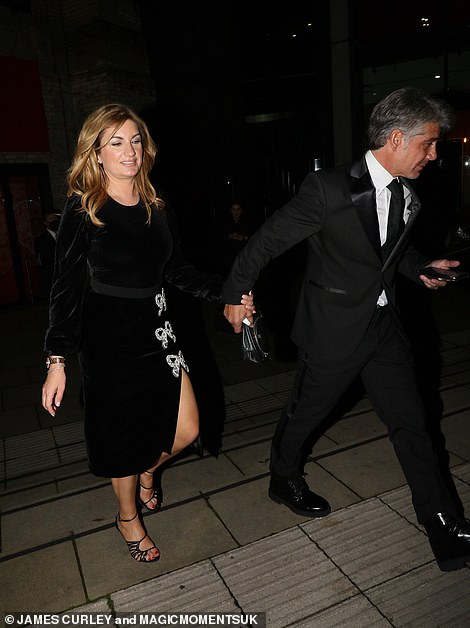 Homeward bound: AJ and Abbie looked in good spirits as they left the awards where they were soon followed by Karren Brady and her husband Paul Peschisolido 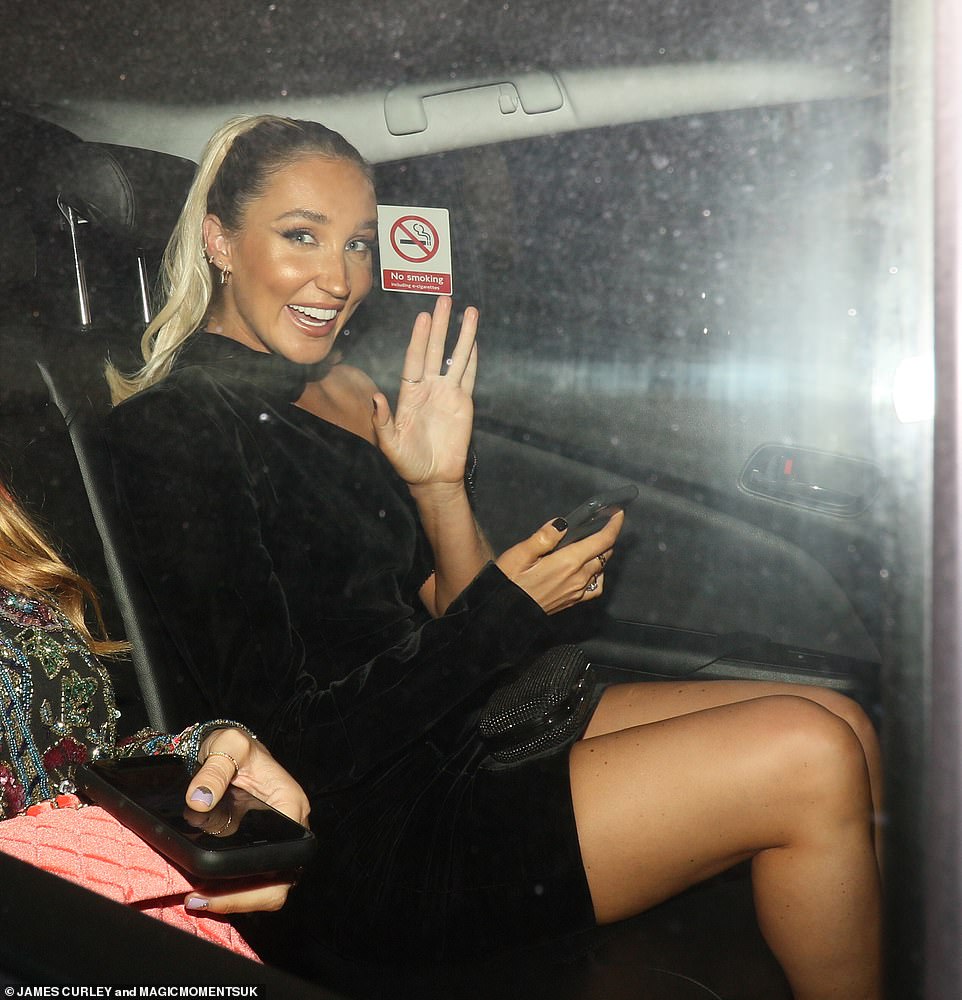 Departure: Megan was all smiles as she made her way home in a taxi 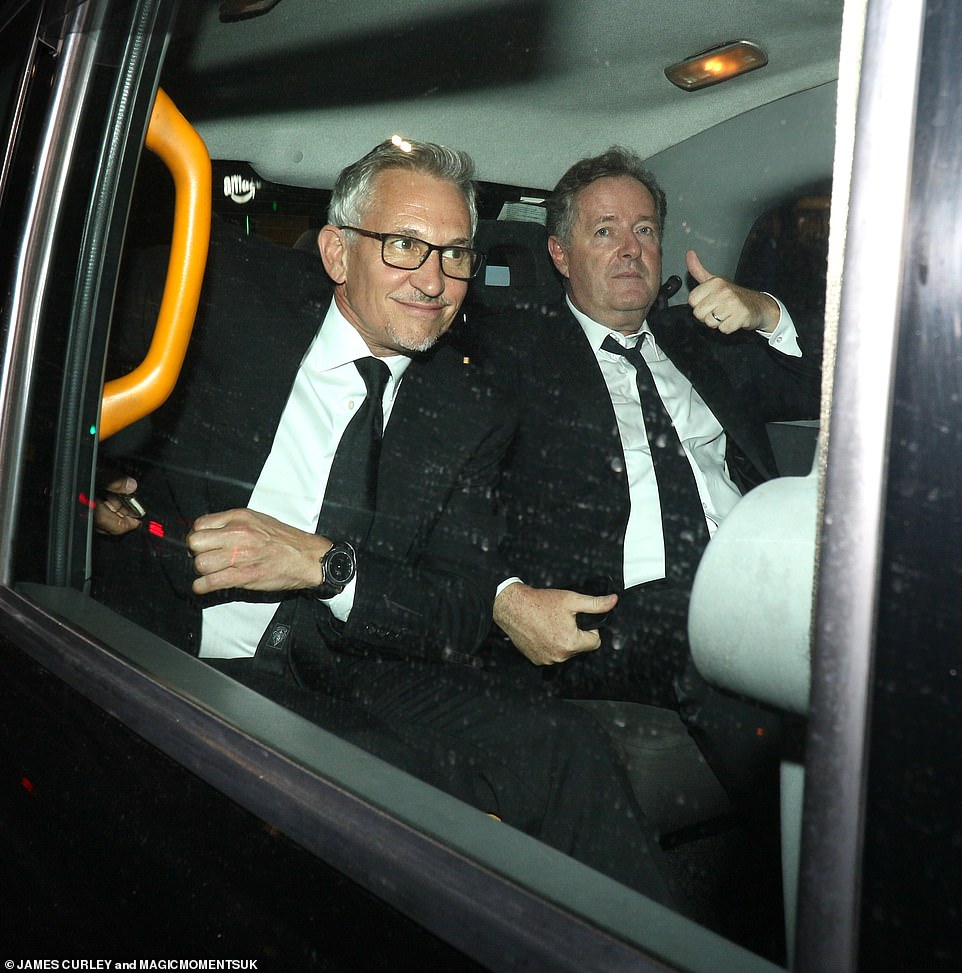 Hit the hay: Piers gave a thumbs up as he departed the awards alongside his pal Gary 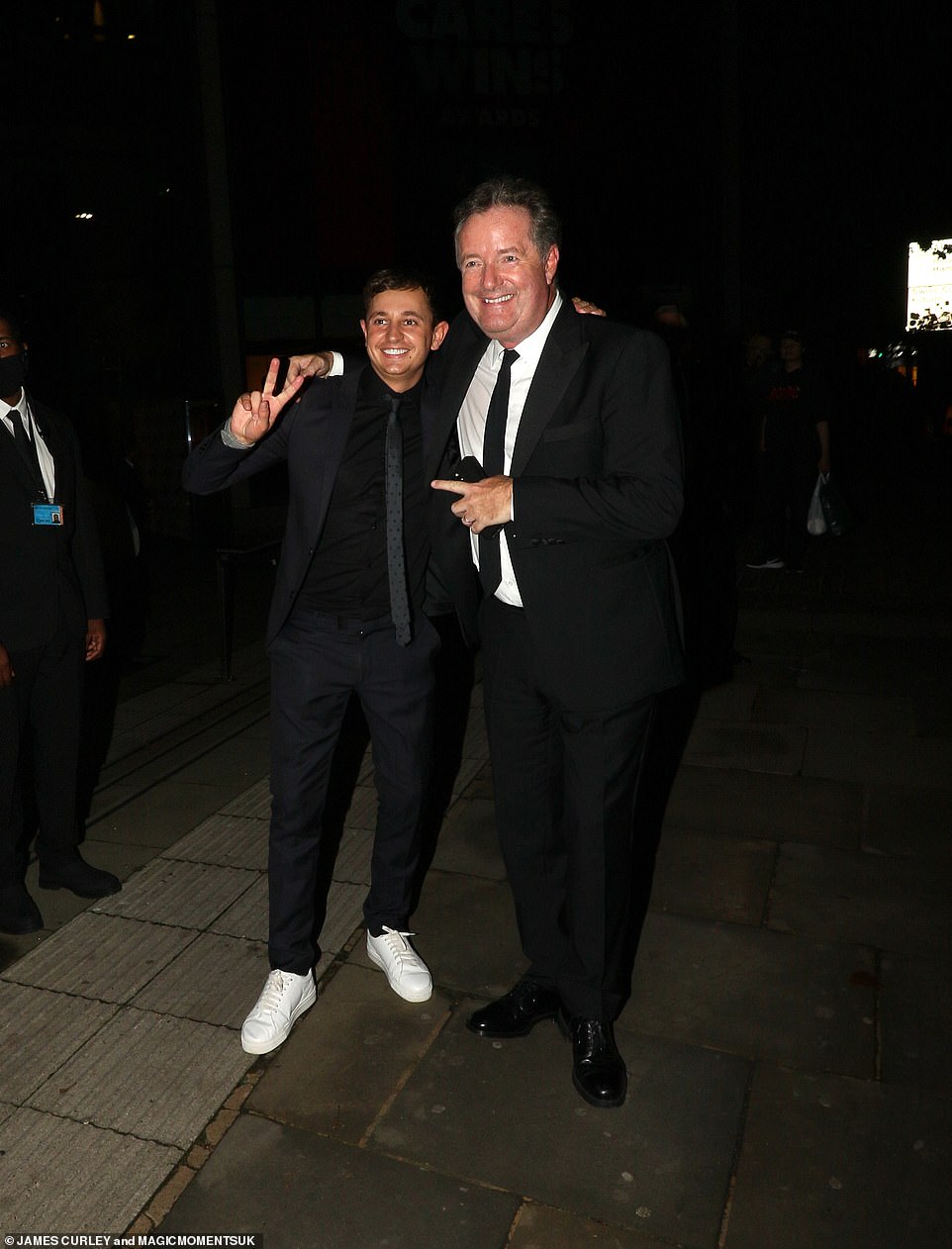 Peace: Piers posed for a snap with Gary’s son George, 29

The former X Factor star added height to her frame with black heels while she added to her look with a clutch bag.

Styling her tresses into an updo, the Sax hitmaker complimented her outfit with a gold necklace.

Ulrika Jonsson looked elegant in a black midi dress with short sleeves and a pleated hemline.

The presenter also donned a pair of beige heels and styled her platinum blonde tresses into a ponytail. 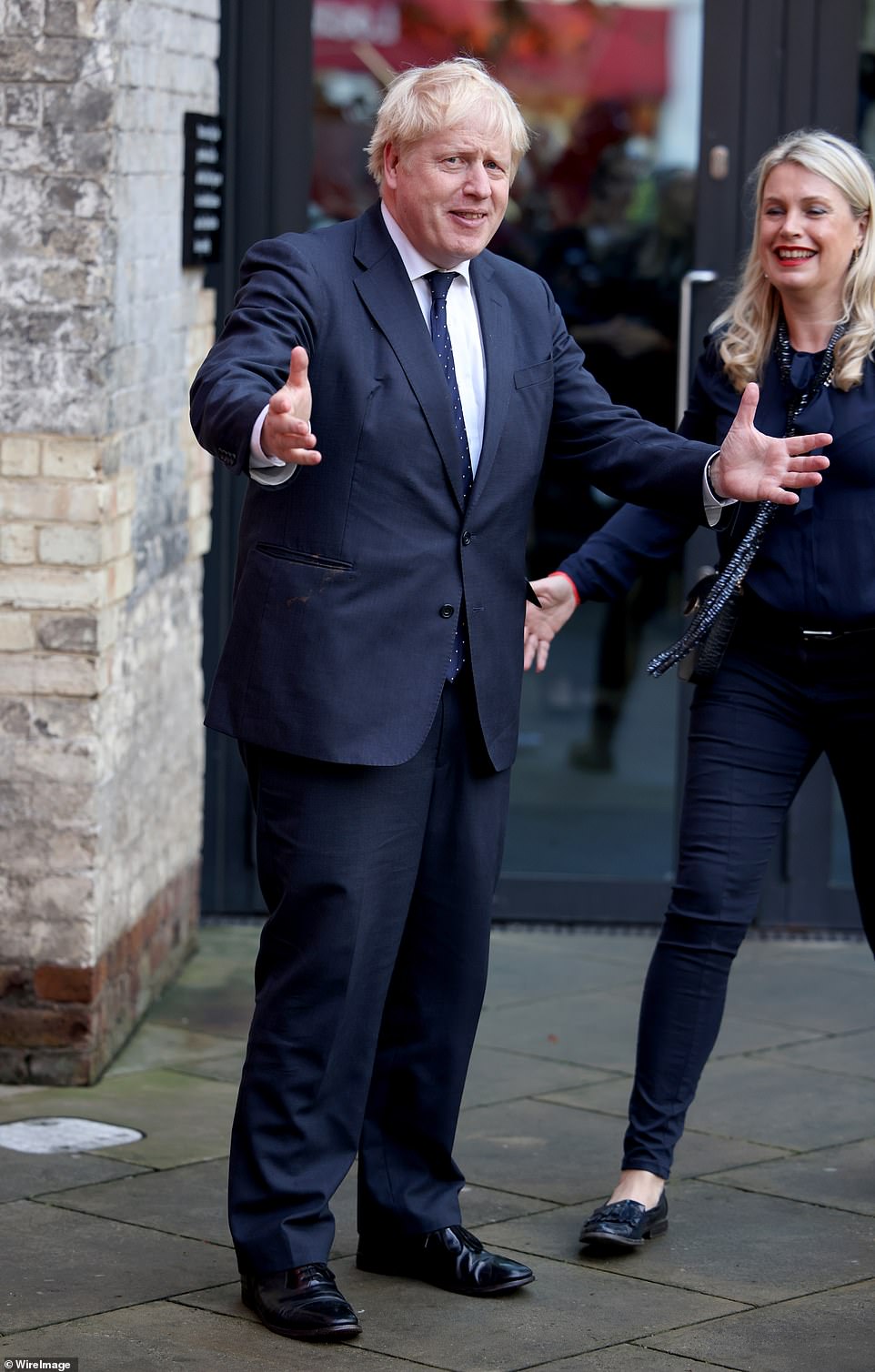 Ceremony: Prime Minister Boris Johnson was in attendance at the annual awards 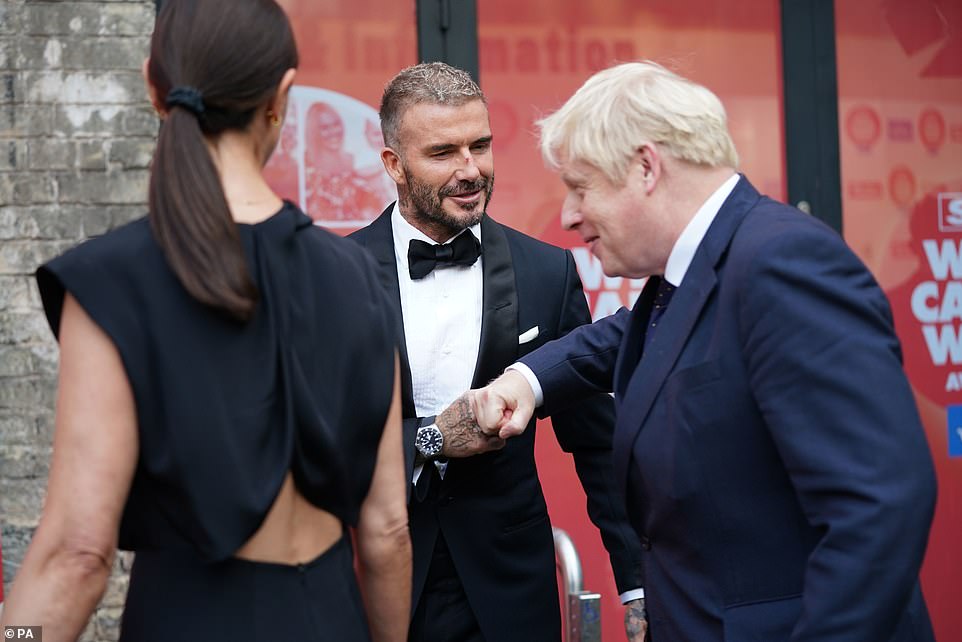 Fist bump: David and Boris appeared to fist bump as they met outside the venue 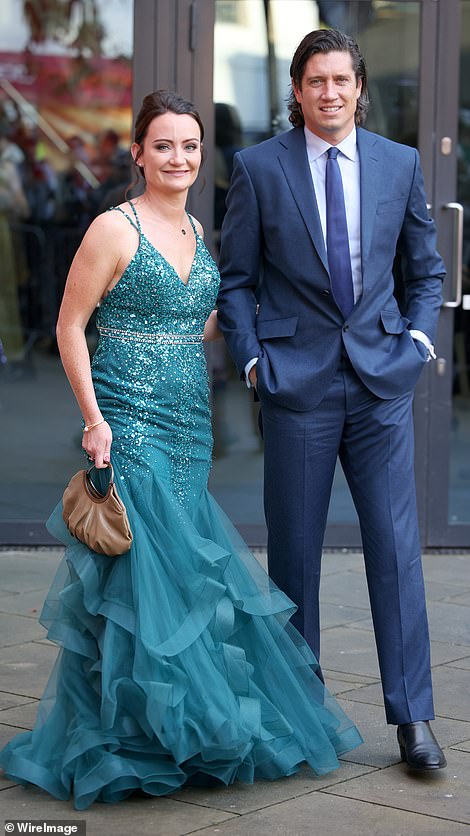 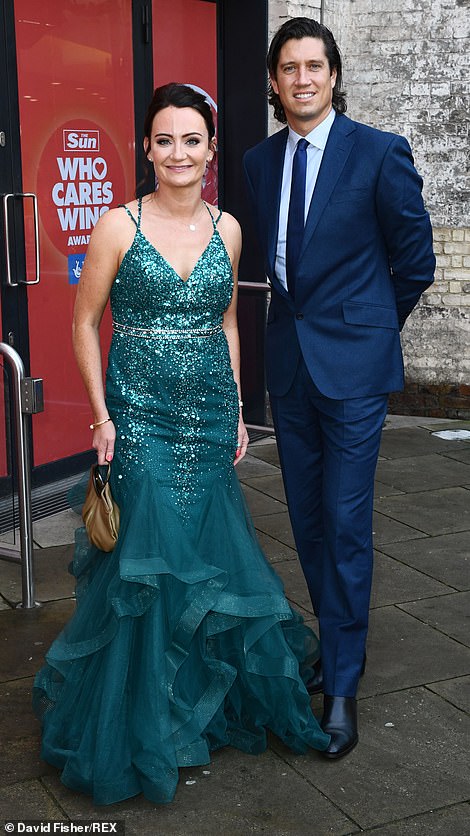 Awards: Vernon Kay looked dapper in a dark blue blazer and matching trousers as he attended the event with a female friend 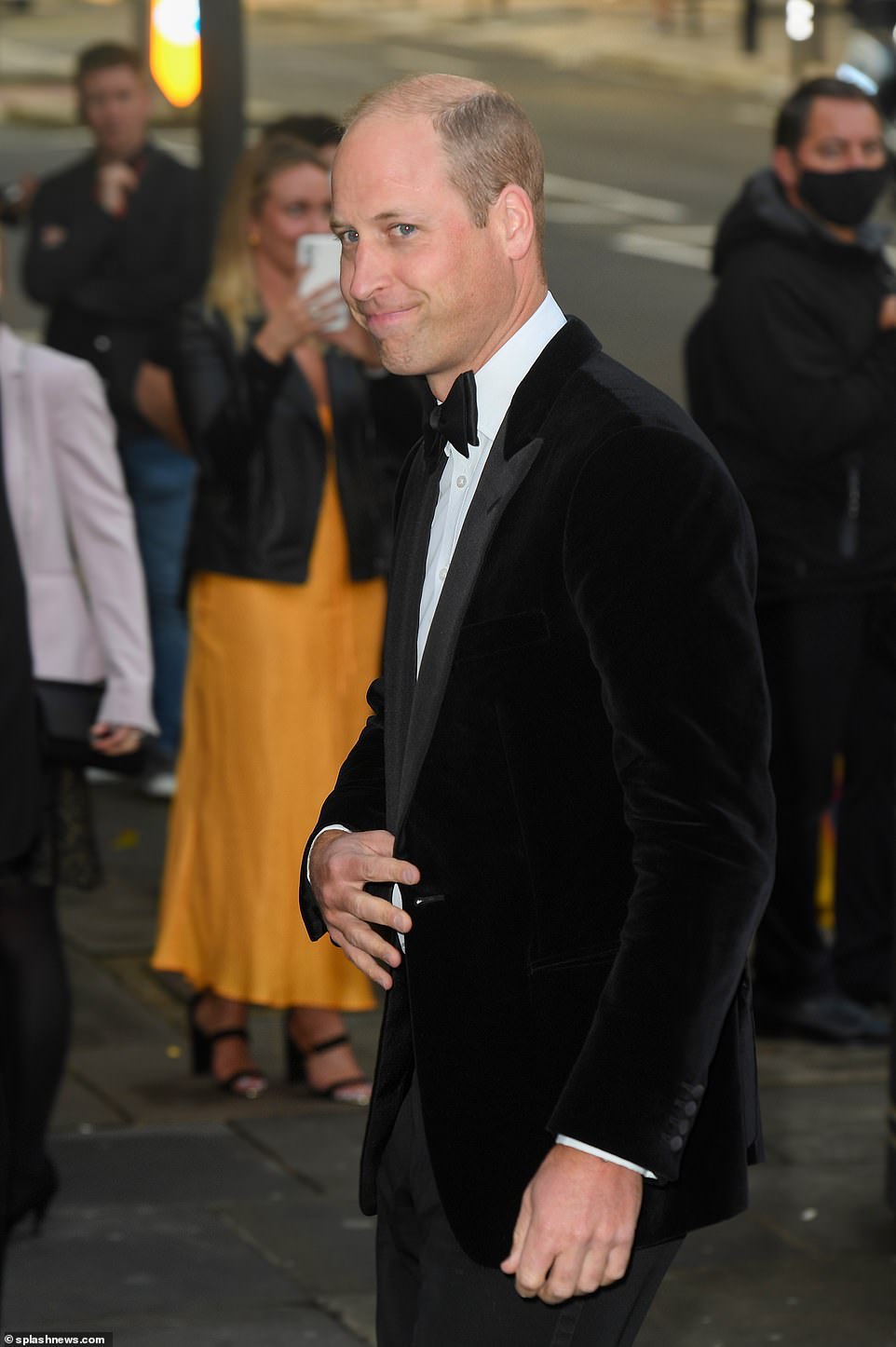 Royal: Prince William looked dapper in a black velvet blazer which he paired with matching trousers 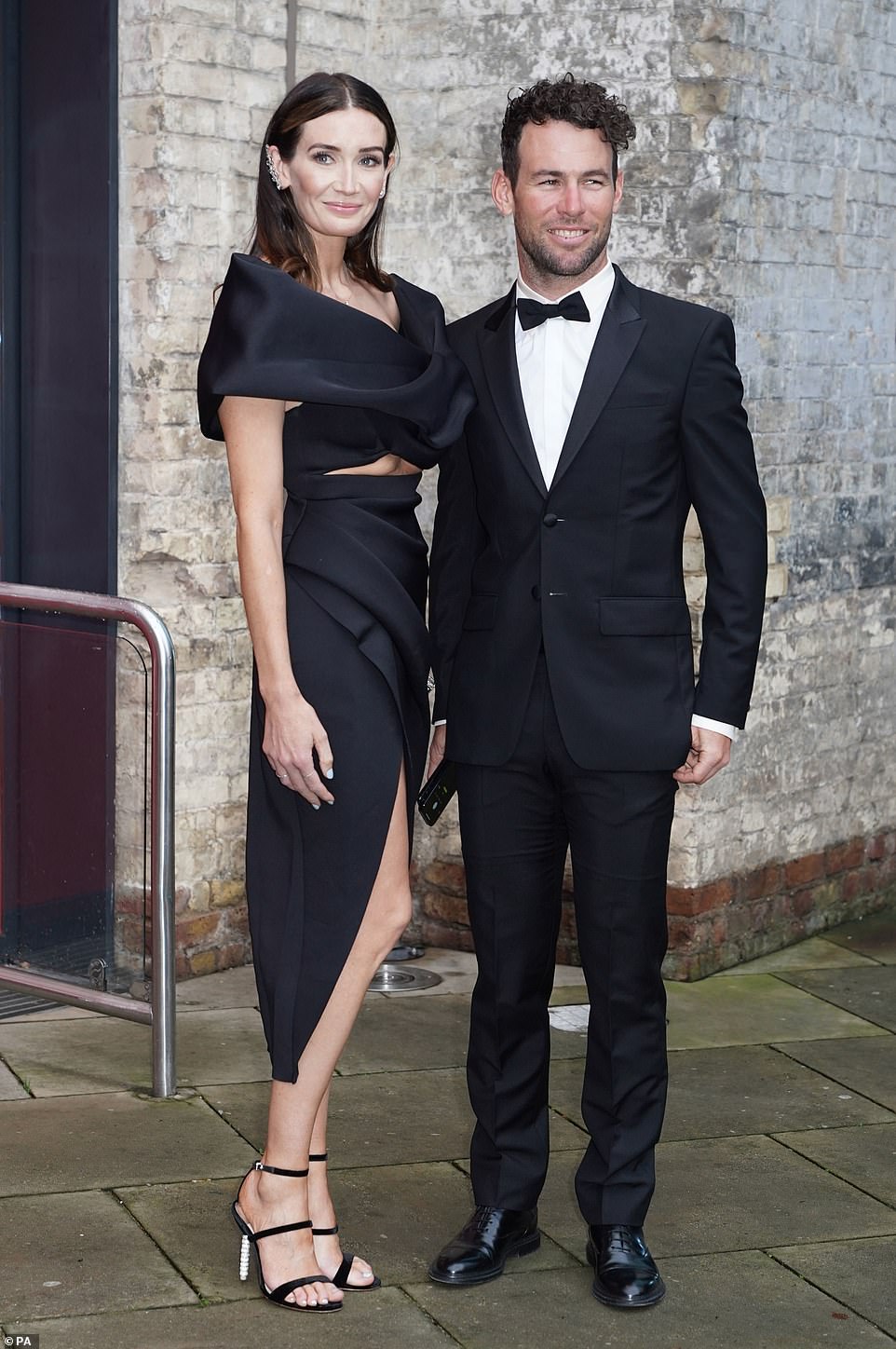 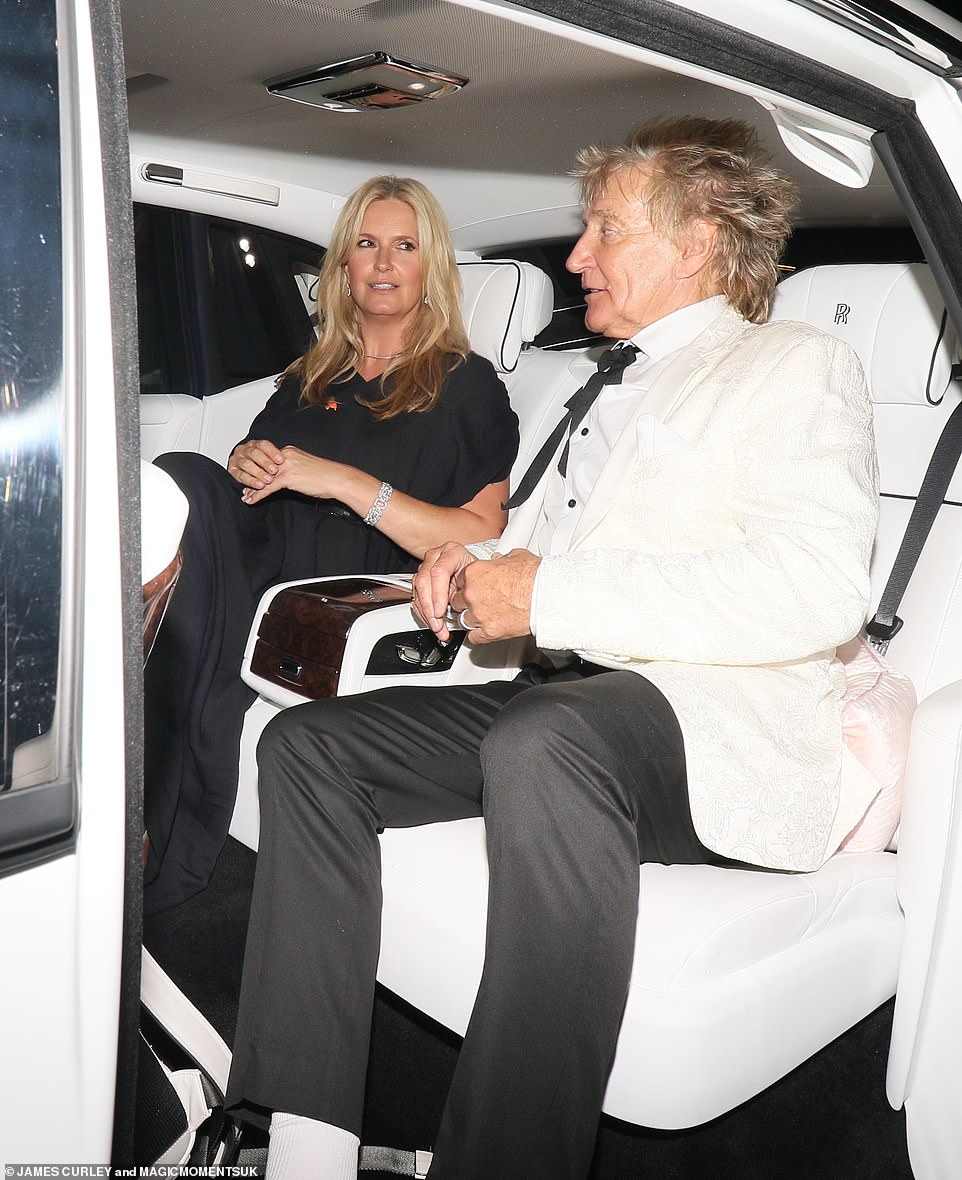 Exit: Penny added to her outfit with a shimmering silver bracelet

TV host Steph McGovern opted for a black off the shoulder midi dress which she wore with lime green heels.

AJ Pritchard’s girlfriend Abbie Quinnen donned a sheer mini dress with a polka dot print and added to her outfit with silver heels.

Piers Morgan was also in attendance at the awards where he posed for playful snaps alongside radio presenter Chris Evans.

Rod Stewart looked in good spirits as he arrived to the event alongside his wife Penny Lancaster and wore a white blazer with a matching shirt and dark trousers.

Prince William looked dapper in a black suit while Prime Minister Boris Johnson, Chancellor of the Exchequer Rishi Sunak and Secretary of State for Health and Social Care Sajid Javid were also in attendance.

Some of the awards being handed out at the ceremony include Best Doctor, Best Nurse, Best Team, Unsung Hero, Best Midwife and Young Hero 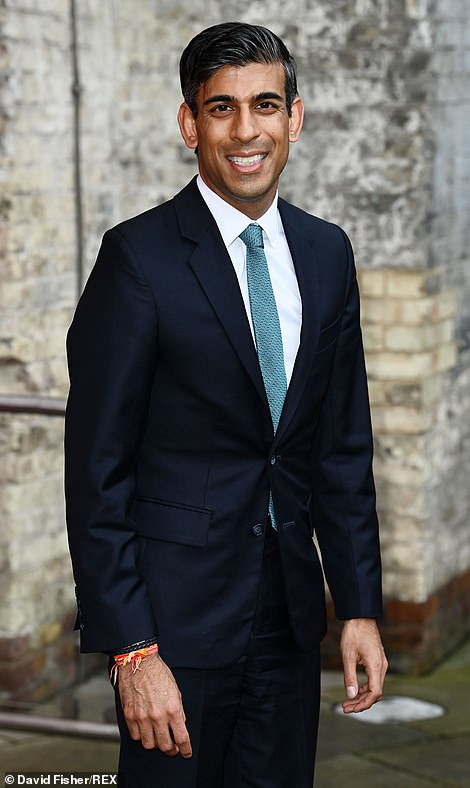 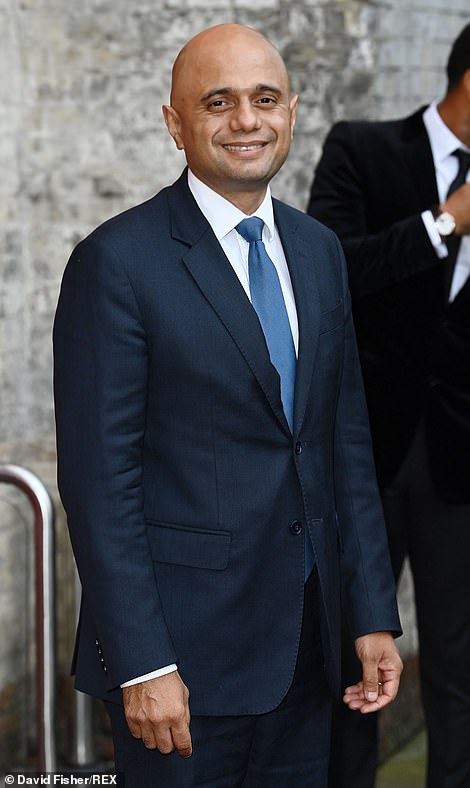 Awards: Chancellor of the Exchequer Rishi Sunak (left) and Secretary of State for Health and Social Care Sajid Javid (right) were also in attendance 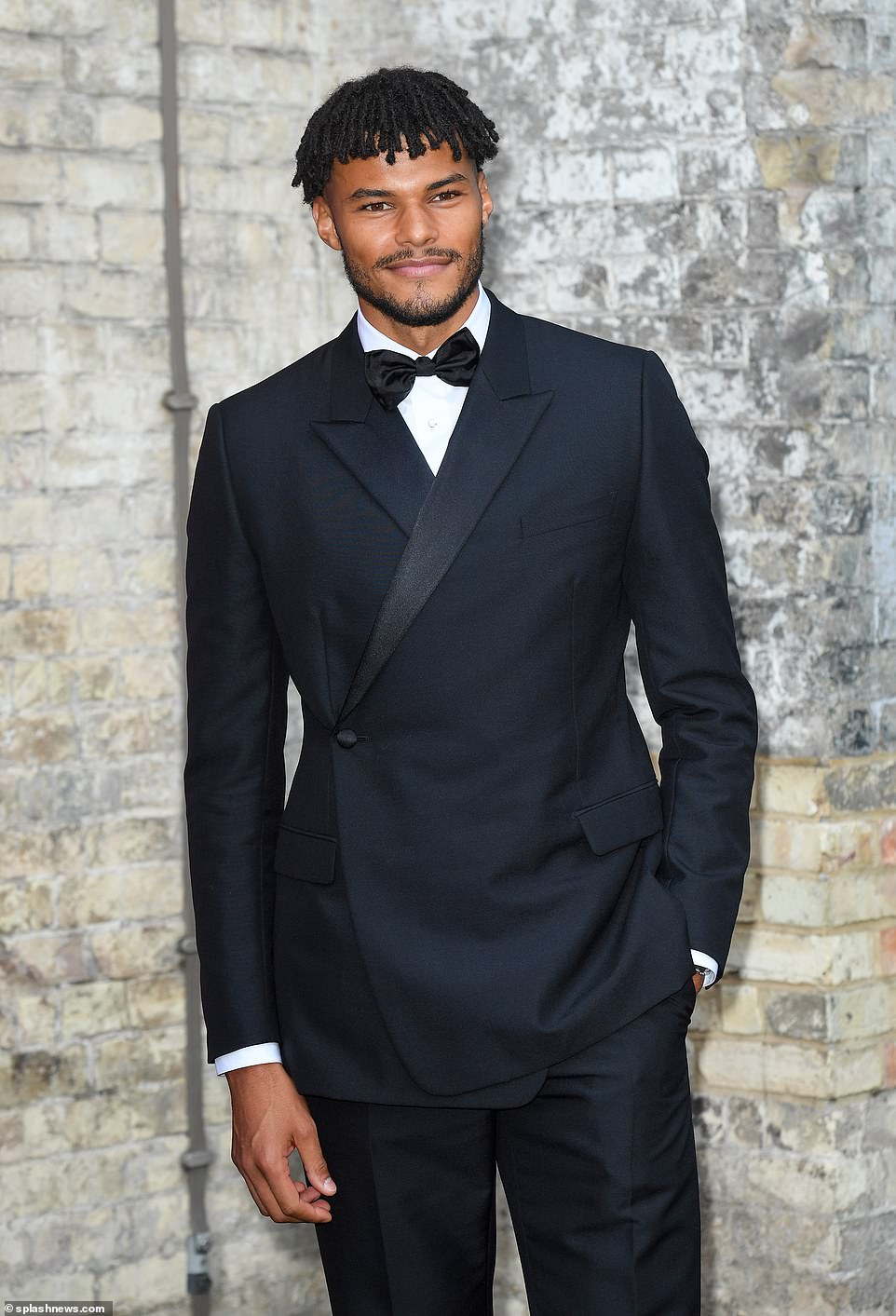