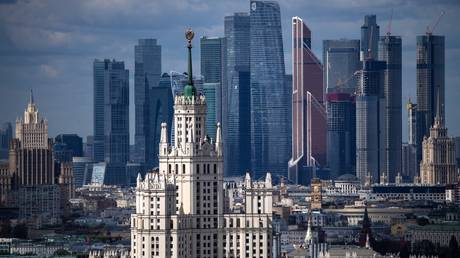 Sanctions against Russia, imposed by the likes of the US and the EU, will remain in place forever, and Moscow must be realistic and accept that they will never be removed, according to the country’s deputy foreign minister.

Speaking at a parliamentary hearing on Monday, Deputy Foreign Minister Alexander Pankin told reporters that sanctions are so deeply embodied in legislative and regulatory acts of Western nations that they will be impossible to “unscrew.”

“The sanctions regime has always existed, and it will remain forever,” Pankin said. “Let’s be realistic.”

Pankin’s comments come just days after Russian President Vladimir Putin told the St. Petersburg International Economic Forum that the US imposes sanctions against Russia with or without any reason.

Also on rt.com
Dumping the dollar: Russia gets ready to shift currency liquidity to the euro


In response to the deputy foreign minister, Kremlin spokesman Dmitry Peskov explained that more than 90 sanctions have been imposed on Russia since it was formed, and it has become a vicious cycle.

“Sanctions do not allow you to achieve any goals,” he said, noting that any dialogue must be based on mutual respect.

Last month, Dmitry Birichevsky, the director of the Economic Cooperation Department of the Russian Foreign Ministry, warned that the country’s banks may be blocked from using SWIFT, a Belgium-based payment system that enables reliable and secure financial transactions, as part of new restrictions against Moscow.

In April, the US imposed new sanctions on Russia, accusing Moscow of trying to undermine democratic elections and supporting the colossal SolarWinds cyber-espionage case, which Washington claims was directed by the Kremlin – an allegation which it denies. In particular, the new measures banned American companies from directly buying shares in Russia’s national debt.


The April round of sanctions came after measures were imposed in March, aimed at several Russian officials who Washington claimed were behind the jailing of opposition figure Alexey Navalny. The US also announced an expansion of restrictions on exports to Russia, in particular targeting defense-related items.